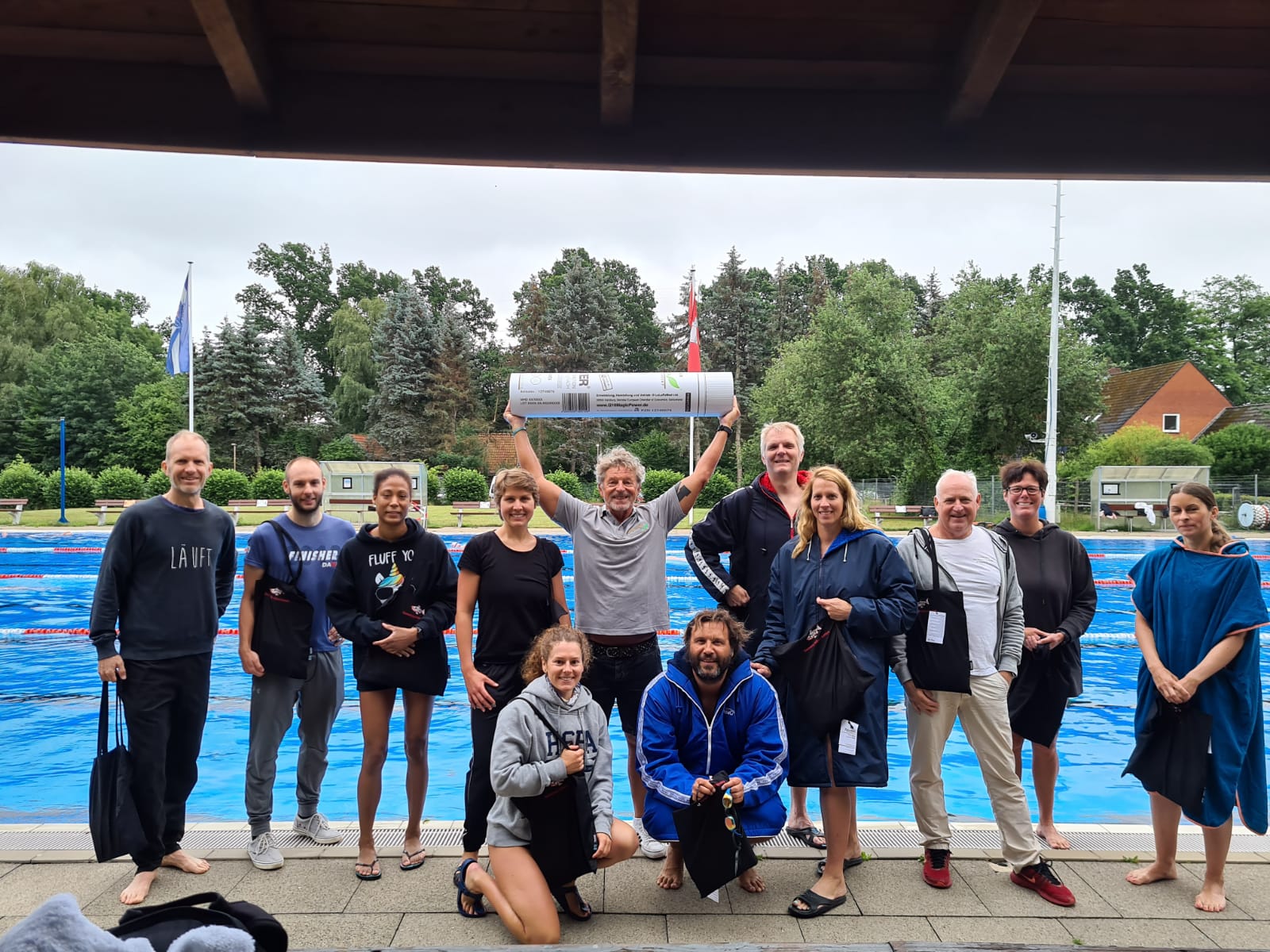 The first time I ever came to Japan was when I was a 22 year old Swedish national team swimmer for Sweden and participated at the World Cup in Tokyo, Japan in 1979. The Asian culture fascinated and interested me very much and as I flew home to my native Sweden with a silver medal I promised myself I would return. But it was not until 7 years later after I had swum the Olympic Games and started coaching that I had time and opportunity to return to Tokyo in 1986. This time it was with my wife Ann who had a contract with Ford Models and myself who wanted to swim in the first FINA World Masters Championships. We stayed 2 months and during those months as my wife was busy modelling  I managed to win 3 gold at the World championships, give seminars and coach Japanese swimmers and become friends with the president of Japan Masters federation Mr Wataru Okada who later became my mentor.

The week before we flew home to Paris, our home back then, a fashion magazine “High Fashion” wanted to do a model shooting with both of us which resulted in 16 pages + the cover with Ann and me. When the magazine came out in Japan a few months later Mr Okada saw it and contacted me right away with an idea and a offer to cooperate. After negotiating and finishing work in Europe we returned to Japan in the summer of 1987. The project that started with the making of a swim book in an attractive outlay like a magazine was called “Life of Swimming” Ann & Glen. It was made on locations in Japan and on Hawaii. During the making of the Life of Swimming book the cooperation went well and developed into more ideas. What was initially was planned to be 2 Months in Japan ended up as 5 years and several other products, events and projects with the Life of Swimming Ann & Glen brand name: Ann & Glen towels, Ann & Glen shampoo, Ann & Glen swimsuits, Ann & Glen swim caps, Ann & Glen swim videos and the Life of swimming TV show showing nationwide every Thursday for 3,5 years. We travelled all over Japan from Okinawa to Sapporo and gave swim seminars in and out of the pool. We made appearance at other events like Sports galas, TV shows and Fashion and beauty events. Since we were successful we also invited other swimmers more successful than ourselves like Matt Biondi and Rowdy Gaines (both multiple Olympic gold medal winners) from USA and made them appear on our TV show, events and competitions. We also invited famous coaches from all over the world to give speeches at seminars we set up. The books developed in to a baby swimming book and a synchronized swimming book with a famous Japanese Champion, and a video with Matt Biondi. Over the years I continued winning World championships, Pan Pacific championships, Japanese championships and breaking records

After 5 years in Japan my wife wanted to go home to Europe. At that time I was managing one of Mr Okadas swim clubs in Ikebukuro, Tokyo with 5000 members and additionally to the swim events, TV shows, projects also coaching younger Junior Olympic and older World champion masters swimmers.

Back in Europe I went to Hamburg, Germany and started coaching at the Olympic performance center in August 1992. Four years later we were German champions and could qualify 4 swimmers to swim at the Olympic Games in Atlanta, USA. I continued coaching up to the World Championships 1997 in Göteborg, Sweden. I then retired coaching and took up a new challenge managing a Tennis and Hockey club in Hamburg but that is another story.

I sometimes receive invitations to make appearance and give seminars and race I Japan. I enjoy these trips very much seeing my old “home country” and new and old friends there.